Hiccups are okay, too.

Whelp.  It happened.  The was the week of good intentions.  We got through 2 and a half days, total, with Little Hands to Heaven.  I probably could have completed the other two days over the weekend but it just didn't happen.  The weekend was busy with family and church and friends and it was mostly all good.  So school didn't happen.  The Dodgers are in the playoffs which is the closest thing to a holiday week at this house.  We've been doing quite a few "dinner picnics in front of the tv while watching the game as a family.  We hardly watch tv in this house and the only reason we still subscribe to cable at this point is because of the Dodgers and baseball season.  It's pretty intense over here.  At first, I was worried about my lax week from school time but I'm over it.  There will be weeks like this and I figured out that if I motored through the curriculum with Claire every week, without breaks, we'd be done by late March/early April.  Nice and all but not sure this is a race or that that's even necessary.  And frankly, Moses is a pretty important topic and I don't really mind spending the extra week with that.  Next week, I'm planning on taking a day from work to go to an apple farm tour with a local homeschooling group and that day will, I'm sure, not be a "formal" school day and so it'll work out to have these weeks stretched out a bit.
But we did do a few things so I'll share them here.
Claire was introduced to the story of Moses.  We began talking about how the Isrealites were slaves in Egypt years and years after Joseph.  So her first activity involved blocks. We talked about how they were made to make bricks and how they were, often, treated cruelly.  During the block activity, we also talked about stacking the block towers and making them "high," "wide," "flat," "short" etc.  She did pretty well and learned a few new concepts ("flat" is like a pancake). 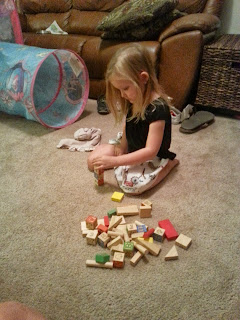 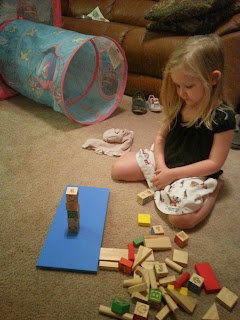 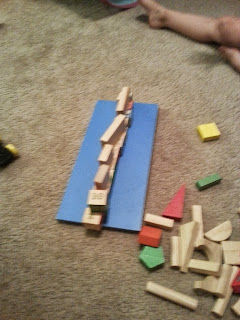 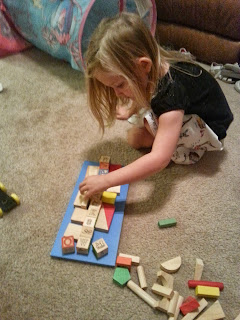 We did a craft, day two that went along with the story of Moses in the basket that lent itself to cutting practice.  At first she was pretty awkward with the cutting. 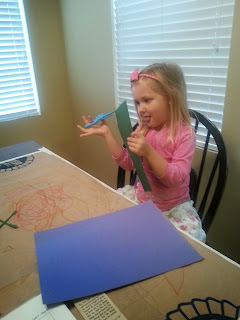 But with a little help and a bit of practice. . . 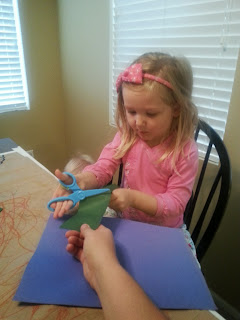 She was much more comfortable and got used to using the scissors.  That was super fun to watch her "get it." 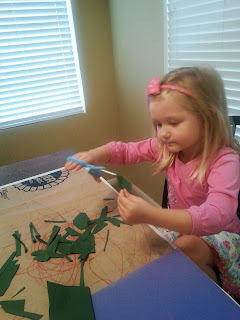 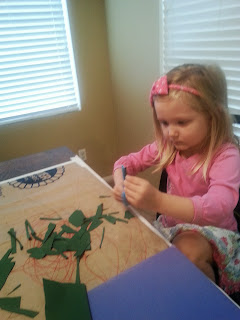 We cut out a little basket out of brown construction paper 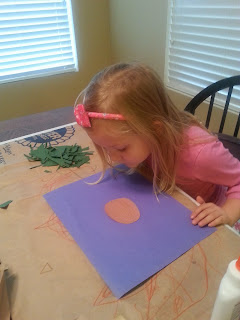 And she glued her green cut out pieces to "hide" the baby in the water! 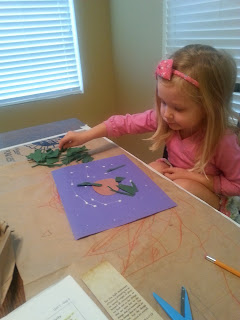 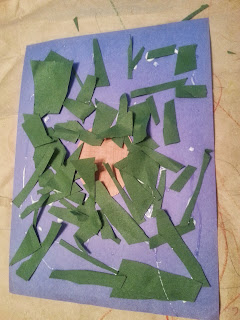 We, talked, briefly, about what happened to the baby and how Pharaoh's daughter, an Egyptian princess (this caught her attention. . .) found the baby and took care of the baby as if it were her own. We practiced taking care of a baby, diapering, rocking and singing to the baby. 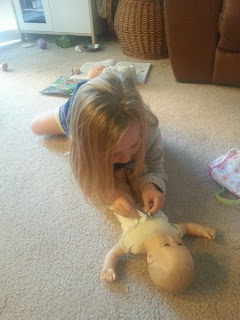 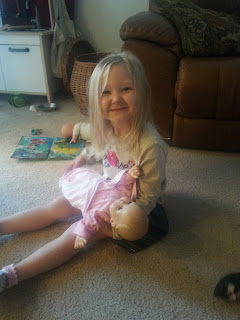 And that's it. No letter activities this week and out Bible stories ended there.  We'll do that next week. But this is one reason why we've decided to do this, I guess.  So many homeschooling friends told me it's fine if the week doesn't come together here and there.  They will still learn.  Really!  And at 3 (and even 33 sometimes), play is learning.  Our "school games"  and stories and songs will continue next week.  I did go to a consignment sale this week and bought this wall hanging that Claire loves and is TOTALLY homeschool geeky.  She's asked me to change out the information every morning so far this week.  It sits on her wall, and I think it was worth the couple bucks to take it home.  Only problem, it's missing the velcro patch for Thursday.  Figuring out what to do about this minor inconvenience. 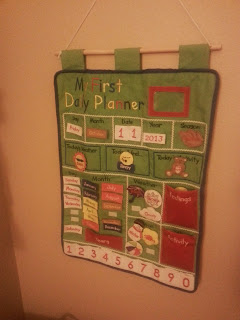 We folded clothes, practiced buttoning shirts, did the dishes and made a complete mess of the kitchen.  . 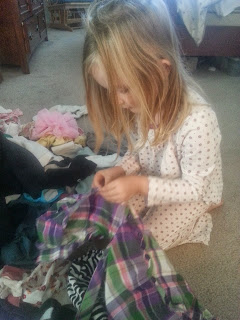 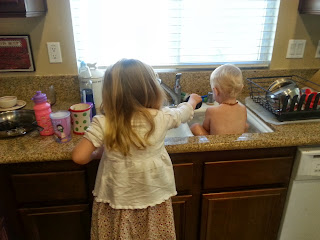 We visited had a barbecue with family and tried new things.  The week wasn't a loss, despite my fears that I, somehow, screwed up this week. We didn't.  We just learned different things.  That's 100% ok. 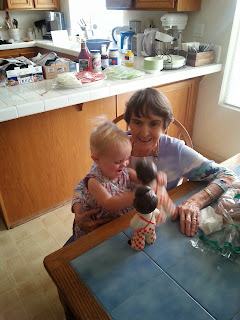 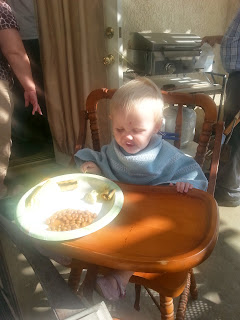 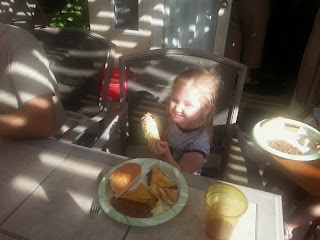