"Behold, I will do a new thing; now it shall spring forth; shall ye not know it? I will even make a way in the wilderness, and rivers in the desert." Isaiah 43:19


So in the past several blogs and in a few posts on Facebook, I have alluded to something big going on with our family but have, continually, said I'd let you all know later.  Well, it appears that now is the time to spill the beans.  Not sure why I kept this quiet for so long.  Although, in reality, we haven't necessarily kept it quiet.  I mean, if it came up or if people asked, we told them, but as far as full fledged announcement, this would be the first.

When I was really young my parents subscribed to the Focus on the Family Magazine.  In it, there were usually stories of Christian leaders, answers to parenting and marriage questions and family interest stories.  I remember  reading a cover article about former baseball player Tim Burke who had, with his wife, adopted several children from various countries.  From my memory, I think the children were from Korea, Vietnam and Guatemala.  I remember there were 4 children at the time of the article and most of them had some sort of physical handicap.  I have no idea what happened to this family.  All I remember was that Burke quit his lucrative baseball career in order to be with his wife and children.  I tried to find the original article but all I could find was a LA Times piece from around the same time period which can be read here.   The article stuck with me and something told me that somehow this issue of adoption would pop up in my life at some point, however, when I, easily, became pregnant with both of my children, I thought that maybe it was a passing interest or one that we would be supporting from afar.  While adoption doesn't require inferitility, for whatever reason, we put our interest in the idea on hold when we began to raise our biological daughters.  Clearly, the seed was planted in my heart for a reason, however.

Most of my readers know that, due to complications with my pregnancy with Ashlyn, I cannot have any more children, "the old fashioned way."  For many, two girls is a "quiverfull" but to us, who always dreamed of and felt called to minister to many children in our home over the course of our marriage, we were a bit blindsided and bewildered by this series of events.  While we discussed some technological options that we could persue (and my OB/GYN encouraged us to consider), neither of us felt terribly comfortable with those options at this time for several reasons I won't really get into here.  Both of us felt that either God was calling us to focus on our two little girls or that He was steering us into a completely different direction.  So for the past two years, we focused on the girls, I focused on my work at the school, homeschooling Claire, working through my own birth trauma.   Christian worked through his own feelings about what happened and his own concerns and fears about the next step.

Last summer we went to Colorado for my grandma's family's family reunion. While we were there, we celebrated our own 5th wedding anniversary.  We put the girls to bed and took the video monitor out to the spa behind our room at The Hideaway where our family was staying.  We had a long talk about the past year and a half. Christian relayed how during our first night in CO, staying with my cousin at her house, all four of us in her master bedroom, he would hear the girls cry or make noise and his mind kept telling him "Oh, that's Claire," or "Oh, that's Ashlyn" but a couple times, he said, he thought, "Oh, that's the 3rd baby. . . "  We worked through several issues found ourselves on the same page with our vision for our family and our desire to trust God with any future children he might have for our family and this conversation led to both of us saying, "yes, lets do this, let's adopt." It was confirmation for both of us that this is what we were supposed to do.

So that's the big announcement if you haven't figured it out by now.  We're adopting.

I have been following an organization called Faithful Adoption Consultants whom I had been VERY impressed with just by how they presented themselves, their care for everyone involved in the adoption narrative (adoptive families, birth families, the children etc.) and their committment to praying for everyone involved.  They came highly recommended by several people on several different adoption boards.  I feel like I always knew that if we were to consider a domestic adoption, they would be whom we would call first. We considered other adoption options- international, foster-adopt but the more we considered it and the more we prayed about it the more we felt let to a "standard" domestic adoption. Our current family, life situation seemed to lend itself more to this than either of the others.   In the future, we may go about it through a different route, but "baby Herman #3" will be brought to us this way. So late last year we signed up as clients of Faithful Adoption Consultants and began our homestudy with Nightlight Christian Adoptions early this year.  So on top of crazy work schedules, homeschooling a preschooler, starting up a business (which I took the plunge in starting in order to help fund the adoption), involvement at church and just keeping our homelife together we've been filling out forms, answering invasive questions, writing autobiographies, getting doctors' appointments, attending adoption related classes at the agency, ordering livescans and ordering originals of most of our major family documents (marriage certificates, birth certificates etc).  After most of this paperwork is complete we'll meet with a social worker from the agency who will conduct interviews and do a home visit.  After all this is done, they will write up the homestudy and we can then be "active" with Faithful Adoption Consultants.  From there, it could be a short wait or several months to a year.  Our contract with them ends after a year.  They work in several states, none of which is CA, so we'll, most likely, be spending some time out of state to bring home our 3rd child.

So we are asking for a couple things.

1. We REALLY need your prayers.  A LOT.  We have no idea how is whole journey is going to go and where it'll take us but we know that if the Lord goes before us we have nothing to fear (Deut 31:8) Pray also for this baby who may already be growing in his first mama's womb and for the whole situation we will encounter.

2. We need your JUNK.  You read that right.  Our first fundraising effort for this will be a huge garage sale sometime around June 21st (after I'm done with work).  We have already been collecting things from the awesome people at our church, from family members etc but would love more stuff to make this a huge success.  So if you are local to Southern California and have items you've been DYING to get rid of (stuff you haven't used in years, furniture you'd like to get rid of, clothes, toys, games. anything!!) PLEASE contact me.  We will gladly meet you for pick up or come by when it's convienient for you.

To those of you who have already offered encouragement, filled out forms and wrote letters of recommendation for us, brought us items to sell and babysat our children during classes and just listened to our concerns about this whole thing, THANK YOU!  We are only at the beginning and I fear we'll need even more encouragment as this goes on.  Some days I wonder why in the world we have decided to take this on and how the heck it'll come together but we are reminded that somewhere out there there just might be a mama in a situation she doesn't quite know what to do with and there's a sweet baby whose life she can't fathom terminating but the prospect of raising the baby is nearly equally overwhelming.  We don't know the details of the situation (since every single one to so completely different) but we are hoping our family can be the missing piece in this little one's life (and in our home) and be support and care for this mama too.  The girls are excited about the possiblity of a new sibling and we are so excited about the possiblity of another blessing in our home.

Thanks again for all the prayers! 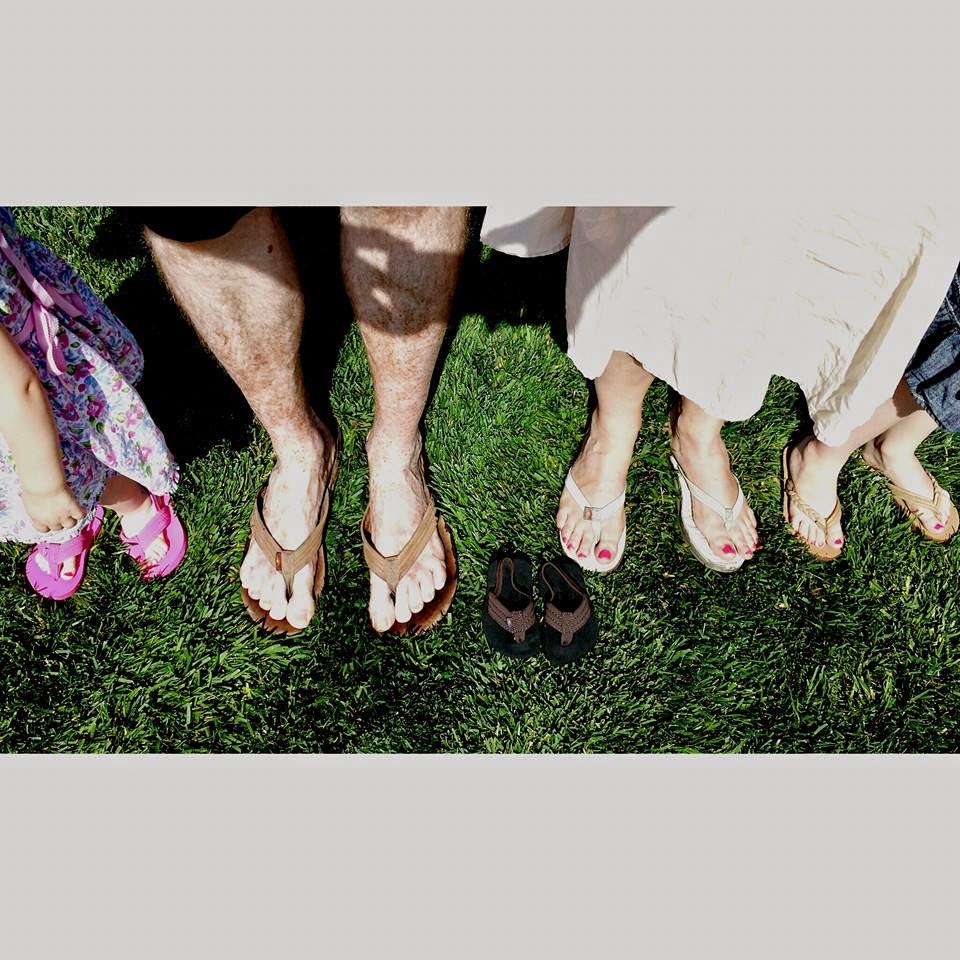